On Monday, after a warm welcome by a long term volunteer at the station of Sevnica, we drove towards the Ecofarm Zavod Veles in Svinjsko, Slovenia. Arrived there at 23h00, I got introduced to other participants and the owners hanging out by the campfire. Shortly after, I was guided to my tent and tired from the trip I fell asleep straight away.

The next morning, the rooster woke me up with some Cook-A-Loo-Dooing and I was feeling fit and ready for a day of getting to know the others and the place. It was also the first time that I could see the amazing view of the nature and highlands by daylight: Truly fascinating for a Dutchy used to flatlands. After a delicious vegan breakfast, the group of 20 volunteer students were divided in groups of four. The diversity in the group was remarkable. To have a clue: a Spanish PhD Student, a Syrian-Dutch student biotechnology, an Italian recent graduate in Political Sciences and a Slovenian musician and recent tourism management graduate formed a team. We did many games with an educational twist. For example, the aspects of daily life which could be improved in a more sustainable way was a true quest. When a hint led to the stones to be found, an explanation of the sustainable concept was presented at the spot. For instance, the eco toilet or “composting toilet.” Whereas traditional toilets use lots of water and treat our poop and pee as useless, this sustainable version actually treats it to what it really is: compost! And on a side note, the smell is countered by using charcoal and sawdust and bums can be wiped with eco-paper. Quite the sustainable impact right?! Other sustainable concepts encountered during the quest: a straw-bale house, a solar-shower, a garden plot and washing dishes sustainably. 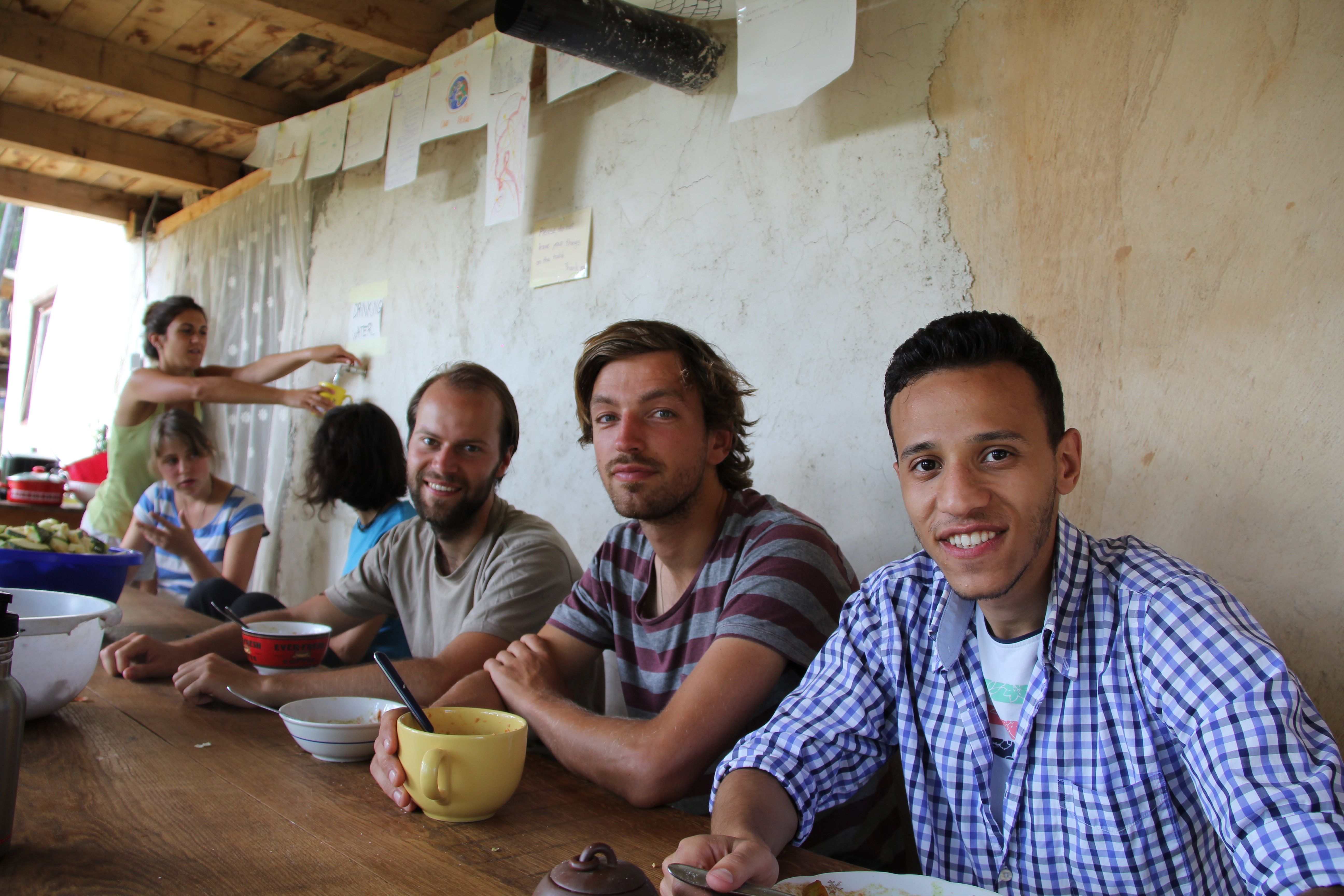 Right after the tasty vegan lunch break, the owners of the Ecofarm presented their story. They revealed the barricades and successes from the beginning to where they are right now. It showed me that it takes a lot of courage and persistence to fulfill a dream of living sustainably on an Ecofarm. Furthermore, it became clear that through the struggles, reminding oneself of the beauty of nature surrounding the place was a lot easier with a group of student volunteers staying over: each with their own background, skills and interests complementing each other. The evening of this thrilling first day was closed with a gathering at the fireplace enjoying songs by the musicians from The Vasque Country (Spain) and Slovenia!

Wednesday was time to get our hands out and get practical. We had the choice of helping with altering the roof of the Eco-toilet into a green roof, finishing a wall of the straw bale house, or helping with gardening or cooking. I chose the green roof of the Eco toilet. In a group of 6 we got the job done in just 2 hours. In the afternoon, I joined with the literal finishing touch of a straw bale wall.

Thursday an adventure was planned with creative tasks to get to know the surroundings of the Ecofarm. The adventure was somewhat like a hike through the highlands of Svinjsko and with the many challenges it was a lot of fun!

After we got back at the Ecofarm, we were surprised by a storm and we had to take down our tents! After this storm challenge, we had the first cultural evening. After each adventure group presented their expedition, including a team song and photo’s and video’s, we were treated with tasty Spanish Tortillas and the best Gazpacho Soup I have ever tried! 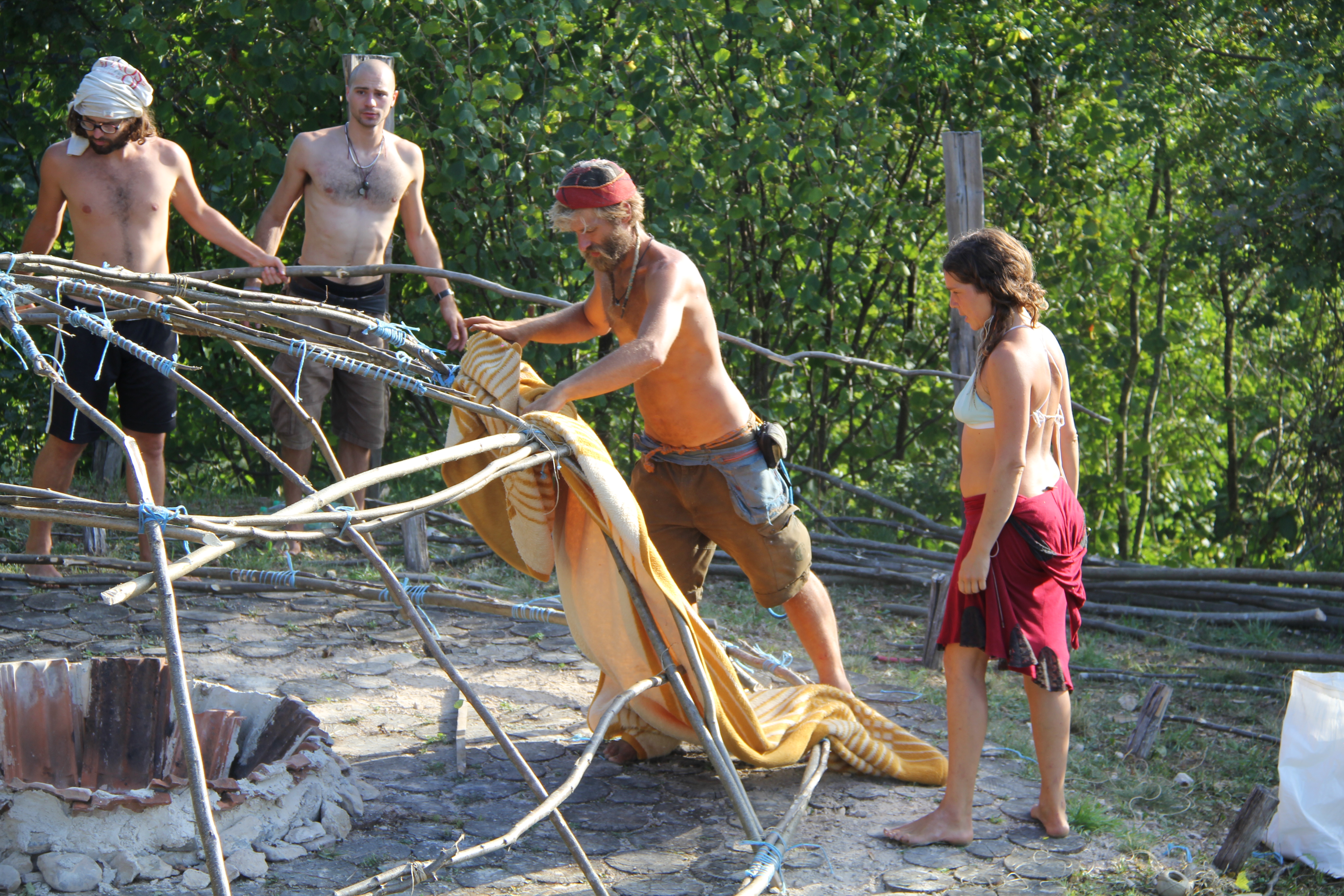 On Friday, we had community work in the morning. This meant first and foremost cleaning up some mess that was caused by the storm and re-building the tents!

In the afternoon there was room for own initiatives during Open Space. I took the chance to present a book that I had been reading since last year: Jin Shin Jyutsu. It is a Japanese Art for self-healing. The Open space was a good opportunity for all to share knowledge and be creative.

Again, in the evening, another delicious vegetarian dinner was served. This time by the Slovenian team.

Saturday was a day for the Sweatlodge. This is much like a steamhouse experience and not being the greatest fan of that, I skipped this opportunity. Instead, I enjoyed some Slovenian/Syrian Dancing session in the common room instead.

Day Sunday 6: Going to Church and hiking back

On Sunday, a Slovenian participant from the group had proposed a visit to a Sunday church gathering. After the Church gathering, we were discussing some of the paintings of Jesus I was surprised to see that the Muslim and the Christian had so much in common and were really interested to learn more about one another. Among other things, I learned that the story of Jesus plays an important role in the Koran and Muslims have great respect for Jesus.

After Church, we found that there was actually a pilgrim route and we were inspired to walk the 15-kilometer road back to Svinjsko through the highlands. One of the participants had just finished the Camino Santiago a couple of months ago and it was great to learn about his experience.

Gathering the grass in the morning, while singing songs on the sunny field felt more like holiday than doing community work. The sphere in the group is very good and because of the many games that stimulate personal and sincere contact in the group everyone feels comfortable. This shows in the clip that was shot by the Slovenian National Television. For a couple of hours, the Ecofarm was more like a movie shooting scene with all those journalists and cameras around! The result can be found here: <LINKTOVIDEO>

In the evening the Dutch team treated others with a typical Dutch meal: Stamppot!

Tuesday it was Italian Dinner time, meaning Self Made Pizza! During the day there was an open space about Dragon Dreaming, a concept from Australia and applied in the realization of many Ecofarms. It really highlighted the fact that celebration is an important part of the process which is often forgotten in today’s society. A group of scientists led by John Croft came to this conclusion and found that dreaming and celebrating are equally important as planning and doing. After all these new experiences and friends made, all were delighted to eat pizza made by the Italians in the wood-fired brick furnace! 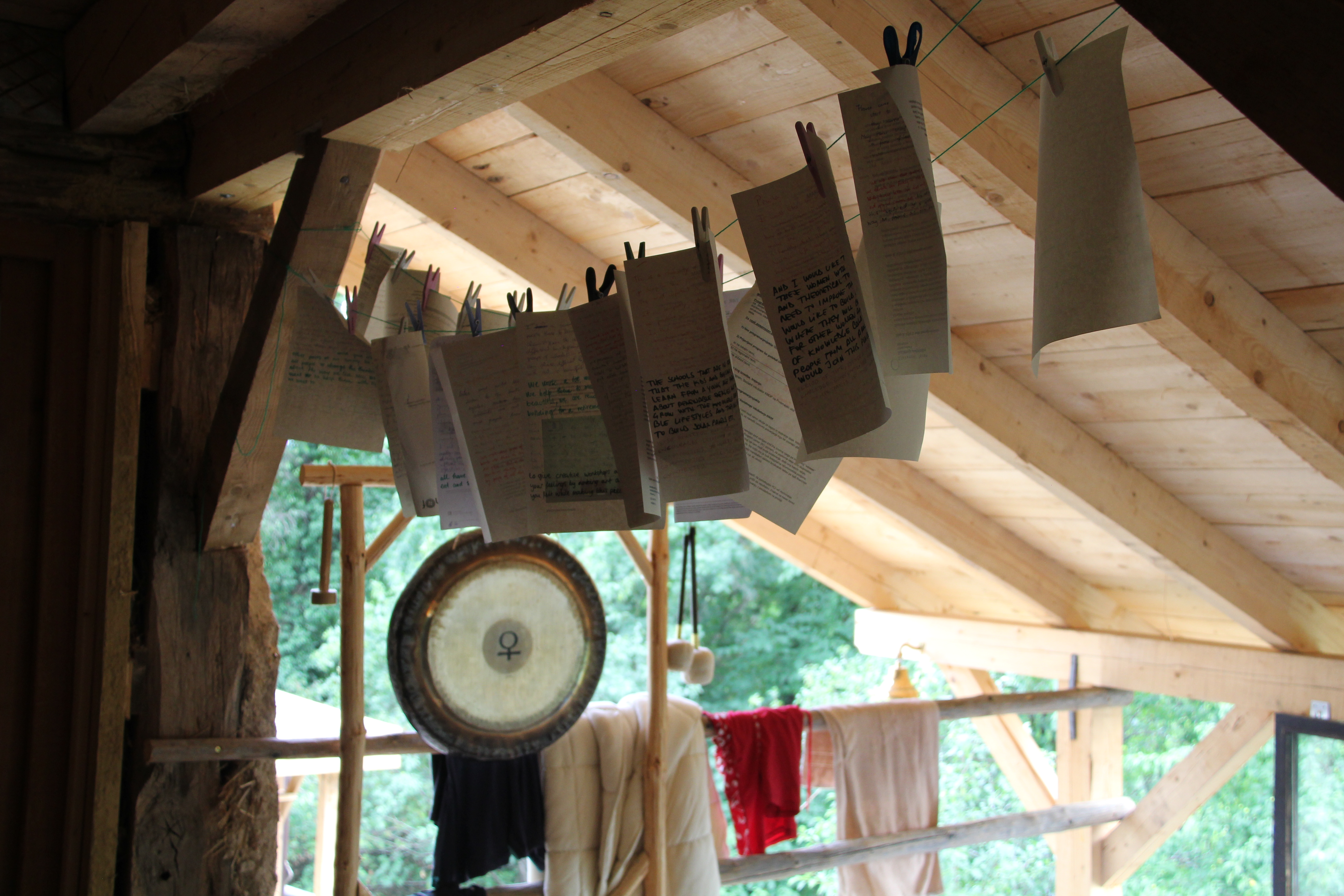 Wednesday 9: Farewell and swimming in the river Mirna

Wednesday it was already time to say farewell and reflect on the Youth Exchange From I to WE. After packing and cleaning up, we took some musical instruments and swimming gear and left for a swim in the Mirna river. After a refreshing swim, we were treated with a musical ensemble and the Slovenian Polka as well as the Basque dance, that had been practiced during open space, were danced.

A Slovenian participant and myself were the first to leave. Just before leaving, we recorded a song titled “Yes to sustainability, ti ti, From I to WE, We built this community”. A great closing of an amazing experience.

Many thanks and best wishes to all that made the Youth Exchange in Zavod Veles an unforgettable experience.

In retrospect, I could say that sharing music, knowledge, food, culture and a common vision for a sustainable world have been strong building elements for this Youth Exchange.